The history of hypnotherapy dates back as far as recorded history. It has been practiced all over the world. Healers, sharmen, witchdoctors, wise women, tribal doctors, Hindu fakirs, Indian yogi and Persian magi have all practiced forms of hypnotherapy, although it was known under many different names. It has been recognised through time that there is a strong mind-body connection, and that health and healing, removal of negative feelings and phobias, general well being and performance enhancement can be attributed to hypnotherapy throughout the ages.

END_OF_DOCUMENT_TOKEN_TO_BE_REPLACED 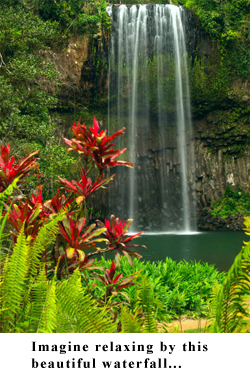 Hypnosis is in fact a natural state experienced by all humans.
People undergo a “trance state” often.  Have you ever been driving in a familiar area and become aware that you don`t really remember driving the distance?  Perhaps you have been watching T.V. and realize you no longer understand what has happened within the plot, or reading a book to find you are just staring at a fuzzy page.  Maybe you sat and looked in the distance and time seems to have disappeared.  These are all simple examples of natural hypnosis.

Clinical hypnotherapy is really an assisted trance state conducted to improve the clients well being.
The client is gently guided into a relaxed state by the hypnotherapist speaking slowly in monotones. However, conditioned clients are people who have been previously hypnotized and they do not always require the relaxation induction.  The therapist enlists the clients imagination and may utilize an array of techniques such as story telling, metaphor or symbolism (that are meaningful to the individual client and the issue) to direct suggestions for changes in feelings and beliefs.  During hypnosis, counselling techniques are a valuable tool to uncover problems the client is only aware of at a subconscious level.  Unresolved issues from the clients past may be uncovered and then dealt with by the appropriate technique which may include, suggestion therapy, parts therapy or regression therapy.

END_OF_DOCUMENT_TOKEN_TO_BE_REPLACED 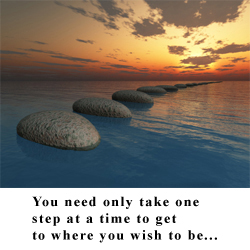 Q.   Which is better, hypnotherapy or counselling?
A.    Both are wonderful techniques for improving quality of life.  Some people are more comfortable with one technique than the other.  This is why I utilize both, I believe I offer the best possible methods for clients to attain their goals.  I always discuss the options for clients in the early part of the initial consultation.

Q.   When I am hypnotized, will you make me do silly things?
A.    No, you are always in control of your actions and your values.  During hypnotherapy, the client is in a deeper sense of awareness.  You will not do, say or believe any thing that is not congruent with your values and moral code.