The History of Counselling. 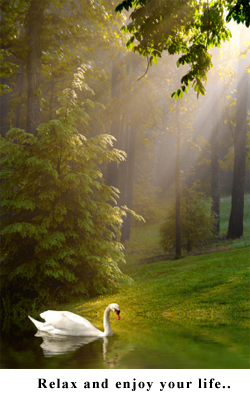 In the 18th century an Austrian phsician named Franz Anton Mesmer discovered animal magnetism (more information concerning Mesmer in the “History of Hypnotherapy” section of my site). James Braid studied Mesmers theory and developed hypnotherapy from Mesmers concepts.  Sigmund Freud became interested in the benefits of hypnotherapy and utilized this technique during his early years as a therapist in Vienna.

Freud`s reseach into the human mind began in 1881. Trained as a neurologist, he set up his own practice in 1886.  By 1896 he had developed a method of working with hysterical patients which he called `psychoanalysis`. This method of assisting patients was based more on conscious communication than hypnosis. During this time span Freud incorporated less hypnotherapy and more psychoanalysis techniques for which he became internationally recognised.  Other well known therapists from that period had training from Freud before becoming well respected psychoanalystis in their own right, Alfred Adler, Snador Ferencze, Karl Abraham and Otto Rank were among those well published therapists.

Freud continued to practice until the 1930`s. Many of the therapists he had trained began to develop their own theories and approaches which were some times in conflict with Freud`s.  Carl Jung who had been groomed by Sigmund Freud to be his intellectual successor, also split from Freud and incorporated concepts from both Freud and Alder, as well as developing and including some of his own principles.

The 1940`s and 1950`s were important decades for the expansion of counselling.  The American psychologist Carl Rogers (influenced by Alfred Adler and Otto Rank) established the ‘person centred’ approach which is the bases of most current practices today. Rogers work was classified as ‘Humanistic Therapy’ and fits within the three main forms of psychological therapies.  These 3 therapies are:

There have been many other therapists who have contributed to counselling as we know it today. The above information is just the tip of the ice berg.  Counselling has grown and improved over the years to a point where clients can feel comfortable knowing that a well trained, empathetic counsellor has the skills to assist with the day to day issues they may be struggling with.

If you would like more information or to make an appointment,